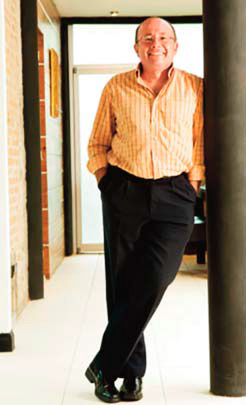 While Peru, which renewed its UIA membership at the Durban general assembly last August, prepares to host the UIA Council in Lima and Carral this coming November, initiatives are multiplying across UIA Region III under the leadership of its vice president, Carlos Alvarez of Costa Rica.

During a Region III online meeting on 21 May 2015, Carlos Alvarez drew up a summary of actions undertaken in countries across the Americas in collaboration with several member sections and FPAA.

The UIA Council members in Region III have been working to increase the number of UIA member countries in the Americas, and this mission was discussed in depth during a Region III councillors meeting in Atlanta, in parallel to the American Institute of Architects (AIA) national convention. Proposed solutions that would allow several countries to return to the UIA, mostly focusing on financial arrangements, will be presented to the next UIA Council meeting.

The councillors also discussed regional participation in the UIA working bodies. Costa Rican architect Carolina Pizzaro announced the creation of a regional Architecture and children work programme: ANDA, involving 13 countries. Carlos Alvarez asked each country in the region to identify 10 important, 20th-century buildings that influenced the Modern Movement, in order to compile a publication on this theme. He further indicated his intention to create a Latin American team within the UIA Professional Practice commission and another dedicated to educational and training questions to be led by Costa Rican architect Patricia Mora. A continuing professional development platform is being developed and will include online courses and conferences as well as individual training credits.

The UIA Bureau has decided upon the winners of the 2017 UIA Gold Medal a...